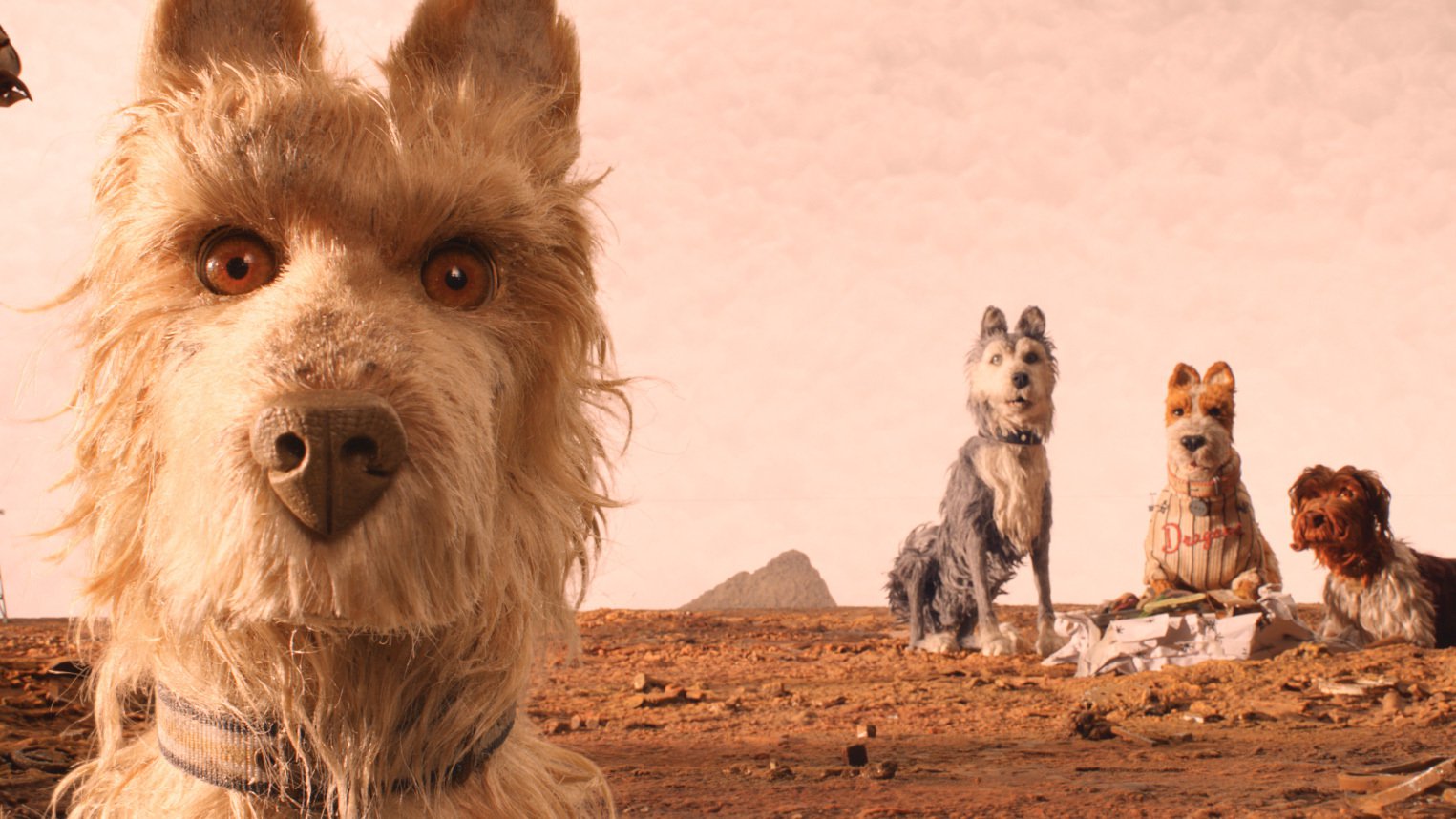 He’s done it again. Wes Anderson is easily the most visually unique filmmaker in this day and age. The quirky dialogue, distinct visual pallets, and beautifully framed shots have become a thing of legend each and every time Anderson adds to his filmography. I sincerely believed that he checkmated himself with The Grand Budapest Hotel, but I’ve been happily proven wrong. His new picture, Isle of Dogs, is a feast on the eyes as much as it is a storytelling triumph, and easily the best film of the year thus far.

To divulge any part of the story would do a film a disservice; there is a story to be told, and the film is hell bent on telling it, surprises and all. Just know that there is a literal island of dogs, and a pact encounters a boy determined to find his estranged pet. What follows is a hilarious, touching, and visually astonishing achievement of stopmotion animation.

Easily the selling point of this film is the animation, and the stop motion aspect only accounts for half of its brilliance. There are tons of paintings, drawings and other visual motifs throughout with such an incredible attention to detail, making the Japanese archipelago setting much more unique and alluring to the viewer. Anyone familiar with Anderson’s filmography will feel right at home. Every set is made with meticulous detail, and there the camerawork perfectly equals that sense of precision. What comes out of that effort are beautifully symmetrical frames of film that can easily be screencapped and be set as desktop wallpaper. This feels like a place that the characters truly inhabit and call home. Even though the film is animated, the world is considerably more realized and immersive than the plethora of universes and worlds other films depict, and Wes Anderson makes it look effortless. This is a director at his absolute best, a master at the height of his powers.

Isle of Dogs follows suit with Anderson’s other films in that there is a sarcastically huge, star studded supporting cast that portray these larger than life characters. You’ll recognize the familiar Anderson favorites such as Bill Murray, Jeff Goldblum, and Edward Norton (and waaaaaay more), but it’s the criminally underrated Bryan Cranston who leads the pact (pun shamelessly intended). His voice is instantly recognizable, especially if you’re familiar with his work, but over time, and I’m not sure if it’s just me, the celebrity of the actor fades into the background. Maybe it’s the writing, considering each character is given a distinct personality from another. The actors are practically blessed with a script that knows how to play on each performer’s strengths, leading to an array of characters without a single, solitary weak link. Every character is written to narrative perfection, and given this is a cast that can rival Infinity War, this is no small feat.

This is a film that, like dogs, has infinite charm. The characters are so well written, and the situations depicted develop them in such a satisfying fashion. There is a sense of humor here that, if done by a lesser writer or director, would have disastrously awkward results. Wes Anderson is the king of making the awkward funny, to make the uncomfortable charming. Isle of Dogs is a testament to Wes Anderson’s knack for storytelling. There is a language barrier aspect of the film that I wouldn’t dare spoil here, but know it plays to the characters and the audience in a strikingly effective way that doesn’t seem forced or overtly obvious. That is a trait of a genius storyteller, and blessed are we to be in the presence of one.

Having just seen Pacific Rim: Uprising, I can’t help but feel cheated. I was, by no means, a huge fan of the 2013 original, but having Guillermo del Toro as director gave the film an infectiously fun feel that I couldn’t help but enjoy. In several interviews, del Toro said it was his dream to make a robot/monster beat ‘em up. The man wanted to make a Saturday morning cartoon, and damn if he didn’t succeed. The characters were stale, sure, and the writing was pretty formulaic, but the sense of scale and spectacle was just too much but to not love. The action was pure popcorn adrenaline and the score literally makes anything exciting. He pours out his heart in every one of his films, and even in what might be his weakest feature film to date, Pacific Rim is pretty damn good.

The sequel, however, depletes all the excitement and big-match feel that the original had in spades. From the first scene, it’s obvious that del Toro’s wizardry is missing. First time director Steven S. DeKnight tries his best to match the excitement of the original, but ultimately delivered a shallow, cliched, and at times boring film about robots fighting monsters complete with painfully uninteresting characters. I honestly couldn’t think how a film like this could be boring, but lo and behold, here we are. As stated before, DeKnight is making his feature film directorial debut, after a very respectable television career. But to hire a rookie film director to make a film for a multi-hundred million dollar franchise is the equivalent of giving the keys to a Lambo to a student driver.

Leading man John Boyega does his best to charm his way through the picture, and it almost works if he didn’t have to give out such forced attempts at humor. Ironically enough, biggest laugh of the whole movie came from one of the cadets while standing face-to-face with another cadet literally saying, “Bigger. Is. BETTER” (about Jaegers, of course) with the utmost seriousness.

All in all, Pacific Rim: Uprising is a sequel unmotivated and unwilling to even try to top any aspect of the original. Considering there was a fairly large room for improvement in that movie, the fact that Uprising didn’t seem to try to one-up it is bafflingly pathetic and lazy. I do believe this film will eventually become known as “the one del Toro didn’t make” and it is his absence that creates the film’s defining flaw: for all the themes of unity and being your best self, the film turns out to be without a soul, deprived of any sense of passion or ingenuity. Last time they cancelled the apocalypse, but compared to this, the end doesn’t seem so bad.